What is BPA and why is it Important to Avoid It?

BPA free is all the rage in the grocery stores these days. Most people just understand that we need to avoid it, but many don't understand why and what products contain it. 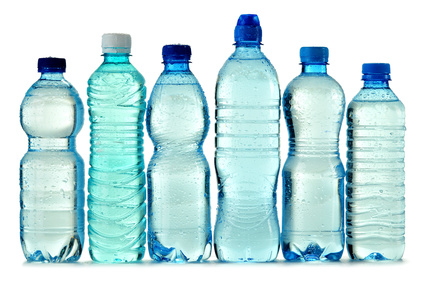 BPA free is all the rage in the grocery stores these days. Most people just understand that we need to avoid it, but many don’t understand why and what products contain it. BPA is an industrial chemical that has been used to make plastics and resins since the 1960’s. We have all seen the incidence of many diseases (from autoimmune to cancer) rise since that point, and BPA plays a larger role than most people imagine. Though there are many culprits in our nationwide health crisis, taking simple steps does make a cumulative difference.

BPA was once thought harmless in small amounts, but newer studies are finding that even trace amounts can cause reproductive, developmental, and systemic toxicity. Much of the study focus has been on BPA’s ability to interfere with estrogen production (which is linked to cancer and other hormonal disorders), but science is also finding that the effects are much further reaching than they originally imagined.

Read below to discover where BPA might still be lurking in your food and the health conditions that are linked to its consumption.

Eroding Tooth Enamel: In 2013, a French research study was published showing that daily very low level doses of BPA damaged tooth enamel. Studies also show that the human body is most sensitive to the effects of BPA during the first year of life (also when the teeth are forming) Baby bottles are now being made without BPA, but there are other similar chemicals that are still in these plastics.

Irregular Heartbeat: A 2011 study found that BPA had the power to change the female body’s natural heartbeat, causing arrythmia (erratic heartbeat). Further study is being conducted to discover other ways in which this chemical impacts the heart.

Food Intolerances: Most people either have or know someone who has some type of food intolerance. An October 2014 study published in the Federation of Americcan Studies for Experimental Biology found that when mice were exposed to BPA as babies, they later developed an exacerbated immune response to new food proteins. Continued exposure to these foods resulted in chronic inflammation. This phenomenon was not observed in the mice who were not exposed to BPA.

Increased Blood Pressure: In 2014, the American Heart Association published findings that show that just 2 canned beverages raises BPA in the body by 1,600% and raises systolic blood pressure by 4.5 mm Hg. A 20 mm Hg increase in blood pressure DOUBLES your risk of heart disease, so a 5 mm Hg increase is significant toward raising your risk. BPA comes from many sources, so make sure you are looking past canned foods and sodas.

Weight Gain: Studies have found that BPA accelerates fat cell differentiation, causes insulin resistance, and disrupts pancreatic functioning. A recent study published in The Journal of Clinical Endocrinology and Metabolism found that those with the highest level of BPA were 50% more likely to be overweight.

Slowed Cancer Treatment: Research shows that cancer cells grow faster and respond less to cancer fighting drugs when they have been exposed to BPA. Routine exposure to BPA has been found a contributor to breast cancer cell progression, especially those with inflammatory breast cancer.

Multi Generational Effects: A study published in Endocrinology showed the genetic changes brought on by BPA that is passed down through generations. Findings show that animals who are exposed to BPA gave birth to less social, more isolated pups. This has spawned further ongoing research into the links between BPA exposure and autism/ADHD symptoms.

With all of the above effects of BPA (and more to come as research emerges), it is vitally important that we do everything we can to avoid it.

Purchase our Pilates on the Ball DVD now for $15. A great alternative to boring workouts at the gym.